Renate Schneider is the President and Founder of Haitian Connection. She has spent the last 17 years living and working in Haiti. Renate holds an MA degree in Clinical Psychology with specialization in cross-cultural psychology as well as an MA in Pastoral Studies. She founded the University of the Nouvelle Grand’Anse and served as Vice Rectrice for several years at the university, which in August of 2014 graduated its first class of students. While in Jeremie, Renate opened her own private psychology practice, trained 20 community people as mental health agents, and worked as the school counselor in a high school and a number of elementary schools in the Jeremie area. She is also trained as an HIV counselor and is certified in Mental Health First Aid.

Renate’s NGO Haitian Connection has so far built 97 houses for women and their children in three communities close to Jeremie. She has been instrumental in establishing the Jeremie Breadfruit Flour and Nursery business. She also runs a microcredit program in those three communities as well as a literacy center in another outlying community. 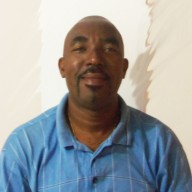 Fr. Jean-Rony Manoune, Vice President of Haitian Connection, is a priest in the Diocese of Jeremie. His parish, St. Bernard de Clairvaux, is located in the community of Jean Bellune, about a two-hour drive from Jeremie. Fr Jean-Rony is administers Haitian Connection’s activities in Jean Bellune, where he is responsible not only for his parish but also for a school of over 400 students. Fr. Jean-Rony has a Masters in Theology from Domini University in Belgium and has lived in France for three years and in Puerto Rico for two years. He is a mental health agent in Haitian Connection’s mental health program, as well as a facilitator in our Divergent Thinking Institute.

Pierre-Moise Louis graduated with honors from of the University Nouvelle Grand’Anse in the Department of Agricultural Science. He and Renel Pierre co-own Jeremie Breadfruit Flour and Nursery, which produces about 500 pounds of breadfruit flour per month and has five employees. He also attended a training in Chicago to be a Divergent Thinking facilitator and now teaches that course here in Haiti as a member of Haitian Connection’s Divergent Thinking Institute.

Renel Pierre is one of the facilitators at Haitian Connection’s Divergent Thinking Institute. Divergent Thinking helps people think outside the box, and Renel has found it useful for his own life for finding creative solutions when problems present themselves. Renel graduated from the University of the Nouvelle Grand’Anse in agricultural science. After graduation, he and Pierre Moise Louis started Jeremie Breadfruit Flour and Plant Nursery. They employ five people.

Moïse Iraüs is Haitian Connection’s microcredit consultant. He works with our microcredit groups and conducts trainings for them. Once he has his Masters, he will help us expand that part of our work. He is also a facilitator for our Divergent Thinking Institute. Moïse has a Bachelors degree in Business management (UNOGA, Haiti) and a certification in computer repair and network system administration (INFonet, Haiti). Currently he is studying for a Masters in microfinance at Solvay School of Economics and Management (ULB, Belgium) in Brussels. In addition to Divergent Thinking, he has taught computer literacy for five years and basic accounting for two years. He co-founded Fondase (Fonds de développement des activités socio-économique), a microcredit institution.

Lorraine Antieau edits the Haitian Connection Newsletter. In the 90s and early 2000s, Lorraine, a dialysis social worker living and working in Chicago, traveled to Haiti eight times with another organization and loved the spirit of the Haitian people.  Longing to make a difference through a local organization empowering Haitians, as Haitian Connection does, she founded the quarterly e-newsletter in January 2012. Lorraine is thrilled to be a small part of the process, editing the newsletter and sending out occasional appeals and updates.

Paula Schaffner web assistant for Haitian Connection’s website, has been co-editor of the Maryknoll Affiliates’ newsletter, Not So Far Afield, also assisting in publishing it online, since 2012. A retired adult education teacher, in 2011 and 2016 she taught English at UNOGA during her husband’s three-week stays as a visiting professor. In response to a request posted in the Haitian Connection Newsletter, in 2017 she began helping update and maintain the website.